← back to
Sahel Sounds 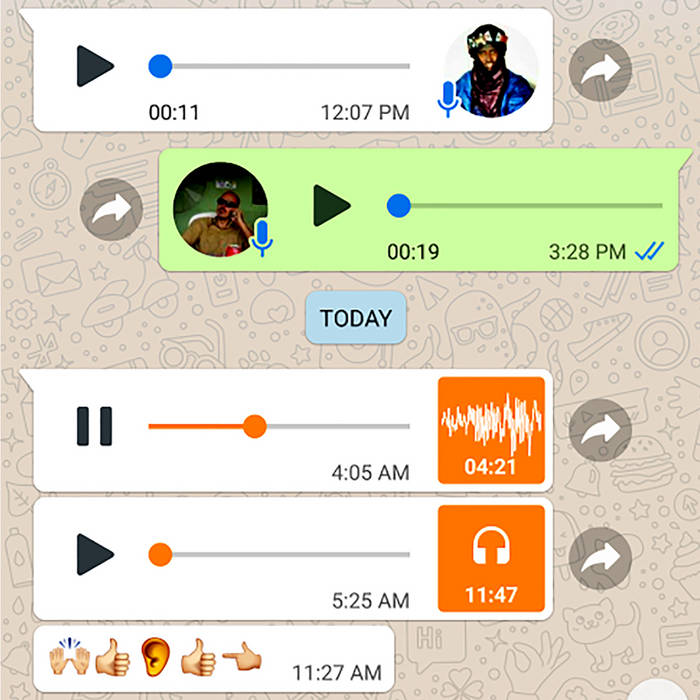 Beamed in directly from Timboucotu, Mali via the INTERNET

Takamba music is played on traditional guitar (tamashek: teheredent), with a remarkable distinctive rhythm tapped out on a calabash. It's always accompanied by a beautiful ghostly dance. The origin of the music remains somewhat shrouded in mystery. Suffice to say that it's a hugely popular music that ruled the festivals and weddings in the North of Mali and Niger, before it was bumped out of fashion by the electric guitar teshumara that now dominates the scene.

Today, Agali sent over a new recording. Directly played into the cellphone, he sent it to me via WhatsApp. It's recorded in the classic "cassette" format, with an introduction, explanation (in French!), shout-outs, and name drops. The new media form of takamba is evocative of the cassette (Agali even refers to it as such on the recording). The new media Takamba just has the added benefit that it can just move a lot quicker than before, if you know where to look.

Agali Ag Amoumine's WhatsApp cassette 2018 is available on bandcamp now. It was recorded, sent, and uploaded today. It's definitely the quickest we ever released a recording. It's unmastered, not eq'ed, and preserves the format. It's probably best listened to on a cellphone.

Bandcamp Daily  your guide to the world of Bandcamp

Featured sounds by K.Spark and WIZDUMB, plus Basi joins the show to discuss his latest release.